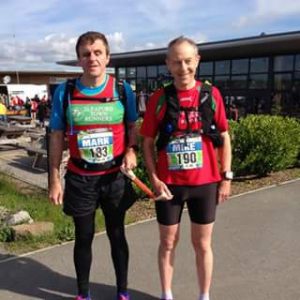 Where are you based: Based in the United Kingdom in a village called great Hale

What show(s) do you present and what time(s) can we hear them:
I present a show called Mark’s Medley, which can be heard every Thursday at 2:00 PM UK and 9:00 AM US Eastern. Also, I present Rock of Ages which is a 2 hour show that can be heard Every Wednesday from 6 PM UK and 1 PM US Eastern.

Briefly describe your show(s):
Mark’s Medley consists of a wide range of music usually ranging from rock to pop, maybe even classical if people request it.
I have 2 features in the show, one of which is called the twisted Lyric. The Twisted Lyric is where you’re probably not paying attention to a song, and all of a sudden you might hear a lyric that you think says something like, sucking your shoes, but it actually says sink in your shoes, hence the name twisted Lyric. Another feature that I have is the Radio Funny. This is where you’ll hear something that is amusing, either a part of a song that is funny or a song in its entirety.

In rock of Ages, we play two hours of modern and classic rock. Some weeks, we have a double play or we might have a theme, such as Women of rock for example.

How did you get into broadcasting: I was actually invited to join a little internet radio project back in 2010, consisting of about 4 people the time. I can remember doing quite a bit of testing before the station actually launched later that summer.

When you’re not on air, what do you like to do: During my off air time I enjoy amateur radio. This is where you can actually use radio to talk to people all over the world potentially as well as locally or nationwide.

I also do a bit of running in my spair time. I achieved a marathon earlier this year back in may a few half marathons 10 k races and the like.

What genre(s) of music do you find yourself listening to most: One of my favorite genres I guess is probably rock, although I’m very open minded when it comes to music. I like exploring bands or artists that are not regularly heard.

What genre(s) of music to you dislike the most: Well, I have to say there are 2 genres that I don’t really have a liking for. One is rap, to me rap always sounds very big headed sounding, if there’s such a phrase. I’d say the second would be Jazz. Jazz to me, doesn’t seem to have a pattern or structure. I would describe it as a load of piano keys being thrown on the floor in any random order and then, they have to be played in that order.

Name 3 of your favorite music artists or bands: Well, I’d say one of my favorite bands of all time is the Electric Lite Orchestra. My second would probably have to be Status Quo. My third would be Ultravox.

Name an artist or band you feel is totally overrated: Well, here I’d have to say Justin Beiber, lyrically, his songs do not really say a great deal but, may people seem to like his style

Name one of your favorite movies: One of my favorite movies has to be Back to the Future. I like the concept of being able to travel backwards and forwards in time by means of a car, a great idea!